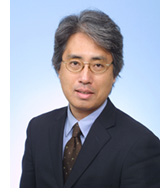 Kenji Ohmori, Professor and Chairman of the Department of Photo-Molecular Science, has been awarded Humboldt Research Award. The award has been founded by Alexander von Humboldt foundation funded by the government of Federal Republic of Germany. It is awarded in recognition of a researcher’s entire achievements to date in a variety of disciplines such as humanities, social sciences, natural sciences, and engineering, and is presented to academics whose fundamental discoveries, new theories, or insights have had a significant impact on their own discipline and who are expected to continue producing cutting-edge achievements in the future. It is considered to be the most prestigious academic award in Germany, and 42 Humboldt Research Awardees have subsequently been awarded Nobel Prize. Professor Ohmori has been invited to the award ceremony given at Charlottenburg Palace, and to the reception hosted by the President of Germany at the presidential residence Bellvue Palace in Berlin in June 2012. He has also been invited to a symposium for the awardees to be held in Bamberg in March 2013. Following his recent election to APS Fellowship in 2009, the Humboldt Research Award is a distinct honor signifying international recognition of his outstanding contributions to science.

The award has been granted to Professor Ohmori for his pioneering development of spatiotemporal quantum engineering with precisions on the picometer and attosecond scales. It is well known that matter can be particles and waves in the quantum world. Professor Ohmori has succeeded in designing and visualizing spatiotemporal images given by the interference of matter waves of atoms in a molecule with picometer and femtosecond resolution. The precision of this processing is the highest to date, higher than that of the current nanotechnology by three orders of magnitudes. This ultrahigh-precision processing has been implemented with the temporal oscillations of laser electric fields engineered with attosecond precision and imprinted on the matter waves of atoms and electrons in a molecule. He has utilized this technique to develop a molecular computer in which a single 0.3-nanometer-size molecule can calculate 1000 times faster than the current fastest supercomputer. A series of these achievements by Professor Ohmori has opened a new field referred to as “attosecond spatiotemporal quantum engineering”, in which ultrafast optics is used to test quantum mechanics and to develop quantum technology.

The Humboldt Research Awardee is strongly encouraged to be based in an institution in Germany to promote tight collaborations with German researchers. Professor Ohmori will be based in Heidelberg University to intensify ongoing collaborations with Professor Matthias Weidemüller to deepen the attosecond spatiotemporal quantum engineering. I look forward to further success of the attosecond spatiotemporal quantum engineering that may be able to solve a mystery of wave/particle duality in the quantum world, the mystery that has been annoying numerous scientists and philosophers. The present Humboldt Research Award marks his first step of this quest for scientific truth. I am sincerely delighted to convey my warmest congratulations on this great honor.