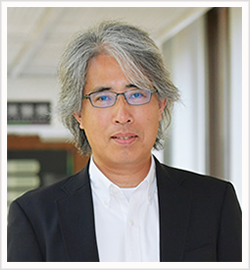 Professor Ohmori, in the field of quantum physics, has developed a revolutionary method in which the relative oscillation timing of two laser electric fields is controlled with attosecond precision, and imprinted on the wave functions of matter to control their interference almost perfectly. He has applied this method to various phases of matter including atoms, molecules, solids and artificial crystal of ultracold atoms cooled down to temperatures close to absolute zero, making significant contributions to the advancement of the relevant fields of science. These achievements have been highly appreciated, leading to the nation’s Medal with Purple Ribbon this time.

Professor Ohmori says, “It is my great honor to receive the medal with proud history and glory. I am deeply grateful to the professors who have educated me, and to my great colleagues including assistant professors, technicians, postdoctoral researchers, students and secretaries of Ohmori group, who have been pushing our research forward together. With this honor, I will continue my best effort to better understand the mysterious quantum world, and will extend my better understanding to the development of quantum simulators and computers”. Professor Ohmori is currently leading a large-scale/long-term project on the development of ultrafast quantum computers (2018-2028) generously supported with priority by the MEXT and Cabinet Office of the government of Japan1),2), expected as one of the top runners in the development of quantum technologies to further promote its progress.