It has been a dream in molecular science to directly observe single molecules and control them at will. Scanning probe microscopy invented in 1980s has achieved this dream and has evolved as an ultimate tool for single-molecule chemistry in the last few decades. The family of scanning probe microscopy still rapidly develops to be a core technology in diverse areas of nano-science and technology. A distinguished theorist in the 20th century, Richard P. Feynman told "There's Plenty of Room at the Bottom". Small "nano-world (10-9 m)" is not only a frontier of academic researches where intriguing physical and chemical phenomena are observed, but also has big potentials for creation of innovative technologies in the 21st century which can contribute to significant challenges in human society.

We aim at opening up a new frontier of nanoscale molecular science using state-of-the-art scanning tunneling and atomic force microscopy. Using advanced experimental techniques it has been achieved to directly observe single-molecule reactions and also to precisely control the reaction dynamics by manipulating single atoms and molecules. In addition, we demonstrated that scanning probe microscopy can directly observe quantum dynamics that governs physics in the nano-world. Furthermore, we combine scanning probe microscopy with plasmonics that deal with nanoscale light (near fields) in order to attain a novel nanoscale spectroscopy with unprecedented spatial and temporal resolution. We challenge the development of ultimate optical spectromicroscopy in real-time and space at the atomic/molecular level, and elucidate fundamental mechanisms how local structural inhomogeneities and fluctuations in molecular systems determine their unique functions. 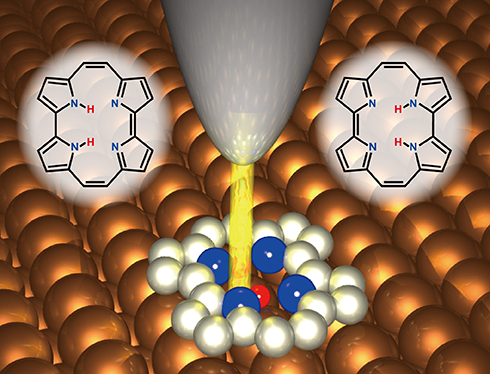 Single-molecule chemistry studied by scanning probe microscopy. The figure illustrates the experiment on the direct observation of single-molecule tautomerization in porphycene.6, 7 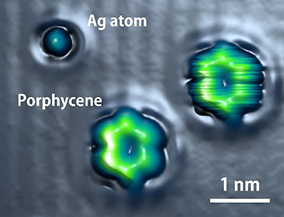 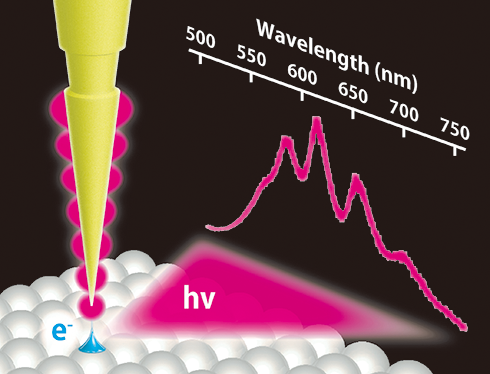 Combination of scanning probe microscopy and plasmonics. The figure shows precise control of nanoscale light in the scanning tunneling microscope junction with a nano-fabricated plasmonic tip.2